Let’s go on reviewing movies that talk about diversity and, particularly, disability, with a classic filmed in 1980 by one of my favourite directors ever: the magnificent “The elephant man” by David Lynch,  inspired to the true story of Joseph Merrick (renamed John), a men suffering from the very rare Proteus syndrome,  which had severely altered his face and body. In the movie as in his real life, Merrick is discovered by chance by a famous doctor during a show, where he was exposed as a freak, exploiting his “monstrosity” to enrich his cruel exploiter. The doctor takes the man with him and, gradually, helps him to include himself into the community, giving him back the human dignity that, ‘til that moment, had been neglected and allowing people discover, beyond the “monster”, a sensitive and cultured man. 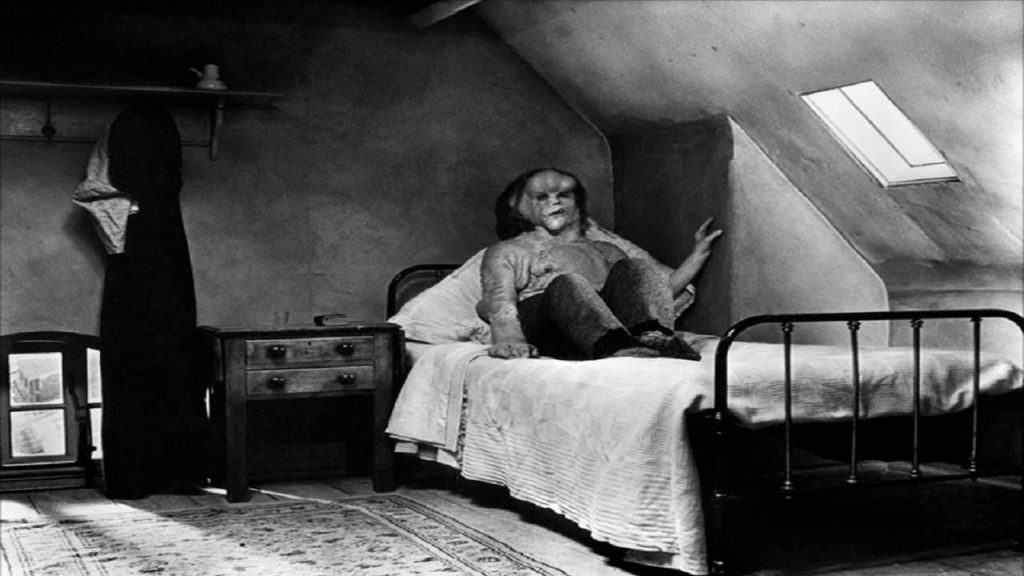 Of course, his story rapidly spreads all over London, even lighting on to Queen Victoria’s ears. She, moved by the story, sets up a trust, to fund his medical cares. Is everything fine, then? Forget it! John’s jailor succeeds finding and kidnapping him, getting back to exploiting him in his freaks circus. But the other freaks help him escaping and getting back to London. Here we see the most moving scene in the whole movie:  at the railways station, Merrick, while running to escape from the vexations by a group of kids, accidentally hits a baby girl and, for that reason, risks to get lynched by the crowd. But the man, to stop them, screams out: “I’m not an elephant! I’m not an animal! I’m a human being!”. Finally safe, again with the doctor who had already helped him, Merrick lives another “moment of glory”, attending a performance during which he is honoured with an ovation. Got back to the hospital the man dies, at last in peace and with his heart heated by the awareness of having had, during his life, at least a friend: the doctor.

“The elephant man” isn’t a mushy tale indulging with pietism. Quite the contrary! David Lynch, with his dry and essential style, lets us understand how, going beyond the appearance of physical traits, we can catch the real essence of people, including “monsters” like Merrick. Evil doesn’t lie in who is “different”, but in the community, that, not knowing how to include him, marginalizes him for fear.