Since I’m keen on reading and Spain (particularly, Barcelona, with its magnetic fascination), could I have miss out the last novel of “The Cemetery of Forgotten Books” cycle by the great Carlos Ruiz Zafón? No, of course! So, let’s talk about “The Labyrinth of Spirits” …  Are you ready? 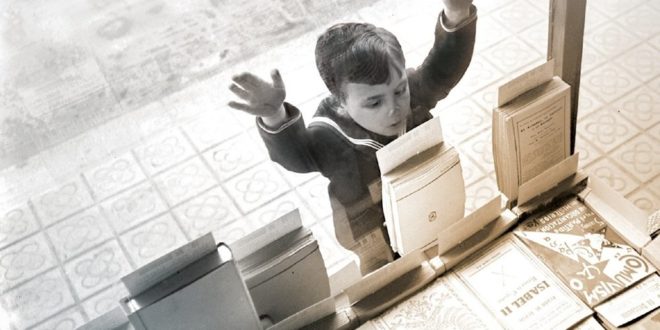 Scarred by adversities of her own life, which forced her to come in close contact, since her earliest youth, with the darkest expressions of human soul (working at the controversial Leandro Montalvo’s disposal), Alicia is a “dark lady” ahead of her time, who faces the world wearing a mask made of indifference and invulnerability, convinced that she doesn’t deserve anyone’s love (because, after all, she is the first who isn’t able to love herself) and that, when meets people who she feels, in spite of herself, bonded with, the best thing she can do for them is getting away from them, to avoid exposing them to the depths she has, inevitably, learnt to live with. Despite it, Alicia is still a woman who doesn’t gives up feeling like that and being it to the fullest in front of others, when she always shows up wearing expensive and refined clothes and accessories, made up and well-groomed to the nines… and, obviously, equipped with a gun and with her own instinct, which never misses a shot and helps her to getting by even in the most complicated cases.

“The Labyrinth of Spirits” also tells (in an as much sensitive as realistic way) about Alicia’s fragility, even under a physical perspective, about the physical pain she lives with trying not to give up to the temptation to silence it stuffing herself with drugs. But that’s just a trait of her character, and not even the most important one, compared with her persistency, slyness, sensuality and attractiveness. It doesn’t often happen to hear talking about a disabled individual in these terms, does it?