Everyone of us daily faces various architectonical barriers. They can be pointed out and overtaken through everyone’s commitment and cooperation. This is the starting point of “ParmAccessibile: itinerari accessibili di Parma e dintorni” (“Accessible Parma: accessible itineraries in Parma and its surroundings“), the fundraising launched by Jessica Borsi and Matteo Salini, two young from Parma with a motoric disability, in cooperation with ANMIC (the National Association for Amputees and Legally Disabled People), with the goal to make an “accessible” guide of Parma and its surroundings, mainly for people with motoric disabilities. 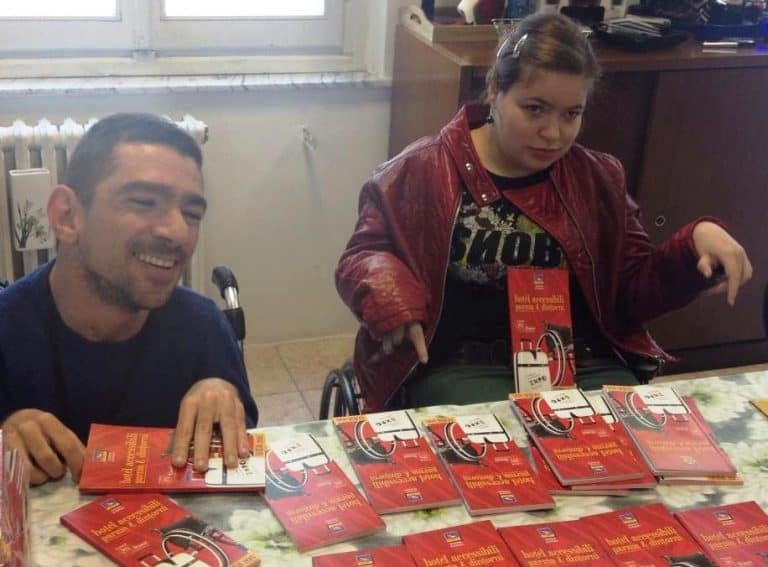 The two guys had previously created parmaccessibile.org, a web portal that’s become a reference point for who’s looking for accessible tourism solutions in Parma and its surroundings. Now, it’s time for the next big step: in view of 2020, when Parma will be the Italian Capital City for Culture, Jessica and Matteo want to make sure that as many citizens and tourists as possible can access the many initiatives that will take place. From here, the idea of “ParmAccessibile”, a paper and digital guide,  that will be distributed for free both to tourists with a disability and to elderly and families with little children, and whoever, for any reason, needs to pay a bigger attention to accessibility. In particular, will be mapped paths in the monumental Parma, including the most touristically interesting sites, for instance: the Cathedral, S. Giovanni, piazza Garibaldi, piazzale della Pace, Teatro Regio, or in the surroundings of Parma, for accessible tours immersed into nature.

But such an ambitious project costs. So, to fund it, Jessica and Matteo have chosen the crowdfunding. ‘Til the end of June 2018, signing up to the Becrowdy platform, everyone of us will have the chance to chip in to make this useful project come true. All the contributors will receive a little reward, based to the amount of their contributions. Even businesses, in view of a 500 € contribution, will see their logo in the Sponsors section of the guide.

Would you like to have more info? On the Becrowdy page devoted to ParmAccessibile, you can also find details about how the collected funds will be splitted.

Contributing is worthwhile, isn’t it?

An axiom is a “self-evident” principle which, therefore, doesn’t need to be demonstrated. This concept is recalled by the word “Axioma“, the title of the short film devoted to narrating disability and its practical and psychological effects on who lives this condition. The movie is produced by Village For All, which has been committed for years to ensure everyone the most suitable holiday, as its mission states. 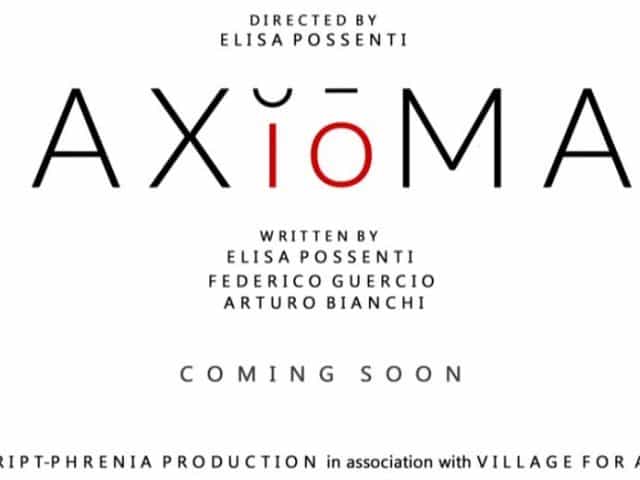 In this case, the axiom is the story of the “Axioma” main character and of his life “before” and “after” the accident that deprived him from the ability to walk. The movie narrates his life, his feeling, first, a dead weight for his family and for the community, to the point that he decides to “imprison himself” before gradually getting to be aware that, despite the appearance, not everything was lost and he, just like any other individual, has the possibility to “reborn”.

“Axioma” starts from the assumption that disability doesn’t concern only a few “unlucky people”, but, somewhat, it touches anyone, contrary to what our culture usually tends to make us think. The movie doesn’t want to give a voice just to “disabled people in the strict sense”, that is who has a physical or psychical disability, but also to those who are outcast, victims of violence or bullying. The goal, as the commercial that launches the project claims, is to “break the prejudice barrier and enclose in a room without windows and doors the useless politically correct, to replace it with consistency between thinking and action”, aiming, on the contrary, to reach equality through love and friendship, in a journey that can be bearable for any individual.

But, you know, making a movie, promote and distribute it in cinemas (even though we’re talking about a short film), has a cost. For this reason, Village For All has launched a crowdfunding campaign, which will close at the beginning of March: to support the making of the short film, you can donate even one euro. But, obviously, donating more isn’t forbidden!